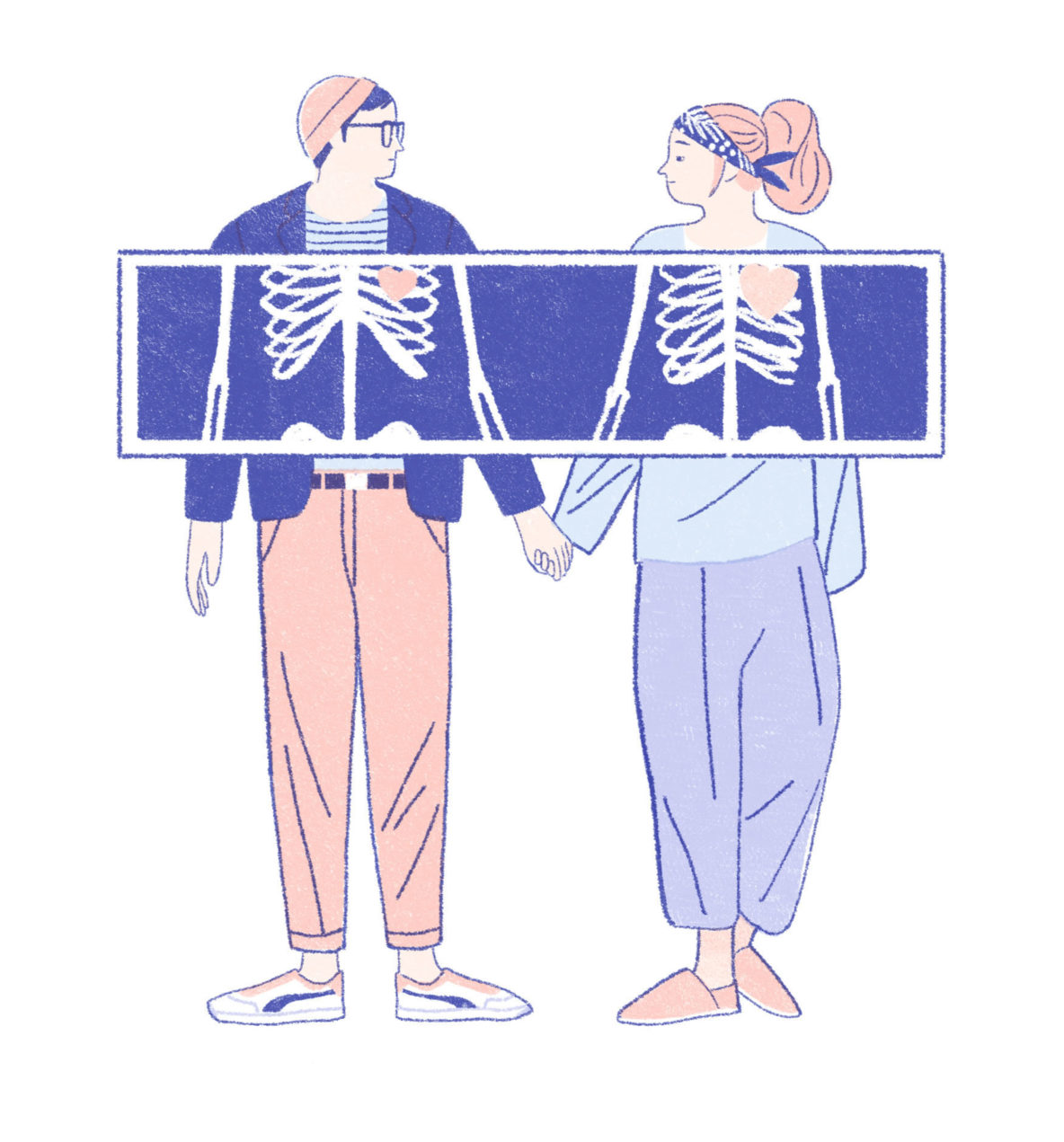 Once upon a time, in the Pony Expresso cafe in Seattle, a man and a woman began to experience the long-mysterious but increasingly scientifically investigated thing we call love. The first stage is called “limerence.” This is the spine-tingling, heart-twisting, can’t-stop-staring feeling, when it seems as though the world stops whirling and time itself bows down and pauses before the force of your longing. The man, a then-44-year-old University of Washington research psychologist named John Gottman, was drawn to the woman’s wild mane of black curly hair and her creativity: She was an amateur musician and painter as well as a psychologist like himself. The woman, a then-35-year-old named Julie Schwartz, who’d placed a personal ad in the Seattle Weekly that John had answered, was turned on by John’s humble little car—voted the ugliest vehicle in the University of Washington faculty parking lot—and his expansive curiosity. He read physics and math and history and kept a little spiral-bound notebook in his pocket that he used to jot down things his companions said that captivated him. To read more from EVE FAIRBANKS, click here.